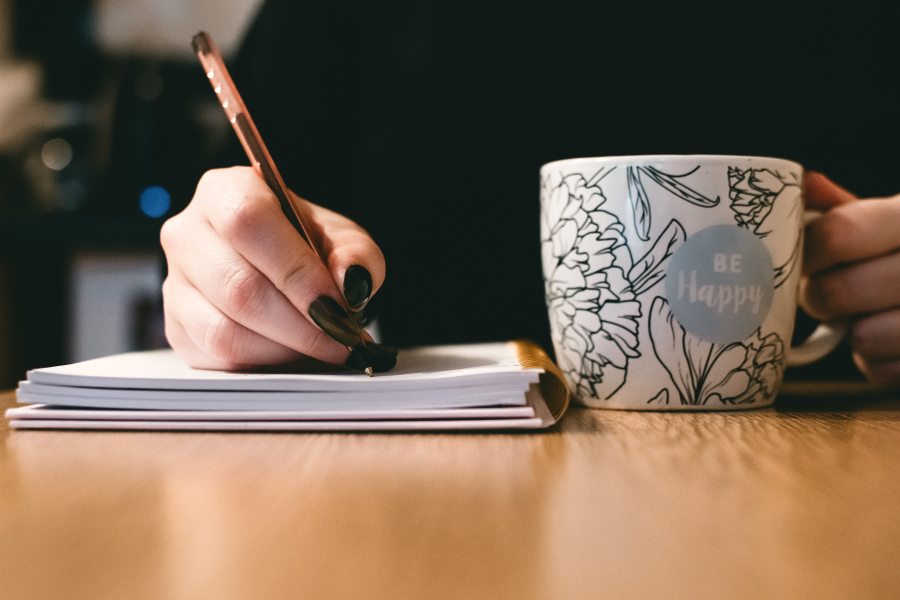 Renaye started her career in the post room at Reed Business, a publication company. “I didn’t know what I wanted to do; I had no idea. I started with maternity cover, stayed there and I was able to network around. I weighed up marketing vs sales, but I took the marketing route. Having done a performing arts degree at university, I liked the creative element.”

As a goal-orientated person, she started to climb the ladder at Reed and worked her way up to Senior Marketing Executive. Then she moved to eMap, now Ascential, where she worked her way up to Head of Marketing. She realized that the tech boom was just beginning and decided to grab hold of it with both hands. “An ex-colleague of mine asked me to help him out with some marketing, and I liked that better than my day job, and felt there was a gap in the market for a B2B agency.”

She teamed up with her eMap colleague Lorna Charlish, and they set out to do some consultancy work. “Neither of us had worked in an agency before, but we felt like there wasn’t [an agency] out there that got under the skin of the audience. We had felt the disconnect ourselves. We had consultants and agencies but the two needed to be blended. Since then more agencies have been pushed to do that, so it’s not quite so niche now.”

The two of them worked together consulting other marketers, and built up a good word-of-mouth through recommendations from friends and colleagues. And soon, Digital Radish was born…

Named after the world’s fastest growing vegetable, Digital Radish’s motive was to accelerate clients’ growth, using a mix of insight and creativity. They began working with a mix of start-ups, as well as more established companies, such as gaming platform Unity, and even Sport England. Fast forward five years later and the agency has an established team of marketing professionals and provides content, creative and helps businesses with their go-to-market strategy. Not to mention, they have won numerous B2B Marketing awards for their campaigns.

Building a business from the ground, up

Renaye appreciated that it wasn’t going to be easy starting up the agency, but she tackled the opportunity with gusto. “Some people can get lucky, but the set-up of a business and getting the wheels in motion does require long days and nights. You need to be in the right place mentally and financially and have the right framework around you. It’s good to have family and friends to support you. You need to have your mind 100% on the job.”

She and Lorna are both very diligent and have devoted themselves to their start-up. Their bond and shared tenacity are certainly what helped to get the agency off the ground. “If you’re looking to go into business with someone, choosing the right partner is key. You need to set expectations and boundaries from the outset and know the value you can both bring to the table.”

Lorna is very analytical and detail orientated, while Renaye is excellent at networking and drumming up new business. And their both brilliant at thinking outside the box and rising to the challenge.

“Confidence is really key,” says Renaye. “I was told by a grey-haired old man once when I started out that I wouldn’t succees because I didn’t have at least 10 years of consulting experience behind me. When you get the bumps in the road it’s easy to question yourself… But you have to have self-belief – people can smell it on you going into a pitch. If you’re not confident, then the person you’re speaking to won’t buy what you’re selling.”

As the agency grew and they employed more full-time staff, Renaye, Lorna and the business all went from strength the strength. “We won a few awards which gave us more exposure. Then the more interest we had, we were able to carve out more of a niche for ourselves, concentrating on what drove the most value… We like to put a twist on things. We have a strategic offering, and a creative side, and are very results-focused, which puts us in good stead. When it comes to awards entries, we have the data and insight to back up what we say and do.”

While Renaye values the awards Digital Radish have won, when questioned about the highlight of her career, she talks about the team that she’s built up at the agency.

“I love now seeing things happen with little input from me – I love watching other people grow in their roles; I love watching them step up to the plate and see them flourish. I get more satisfaction out of that. You know that you’ve influenced it in your own way and nurtured the staff.

When hiring, they look for people that would make a good ‘radish’. “It’s someone who shows that they’re hungry for development, a willingness to succeed, that wants to climb the ladder, and has a focus on what they want to do. You need the over-achievers and someone who’s a team player, you need a balance.

The agency world is fast-moving and requires people to do all sorts of work, and at a start-up like Digital Radish, that sometimes means working outside your remit. Renaye says it’s easy to see who those people are, which has helped them build their Radish family.

Running a business and a family

Renaye and Lorna both had their first children within Digital Radish’s first few years. Renaye took maternity leave in 2016 to have her daughter, and, understandably, saw a significant shift in her life.

“In the early stages when they’re young, you feel guilty and dead on your feet because they’re up all night and you’re still trying to work. I felt like I wasn’t being a good enough mum, and two steps behind at work, not being a good wife or friends. But you need to be kinder to yourself. You can’t do all of it.

“I learnt to be better with time – and we’ve developed a second layer of management in the business so can get back for bath time. We’ve made the business work for us. And I’ve seen a shift in the business, since I went on mat leave as other staff had to step up to the mark.”

At Digital Radish the two-tier management means that Renaye is not as entrenched in the everyday, but she can quickly add value to accounts and be involved in the strategy or content. “My role is in New Business; I go out for coffee and have speaking slots at events – that takes up the majority of my time.”

Running their own business, Renaye and Lorna are fortunate enough to be able to make being working mums feasible. But she appreciates that it’s not always that easy for women in business, whether you’re a mum or not.
“I would like to think that things have changed a fair bit, but I still feel in some industries it can be the old boys’ club mentality. Although with women like Sheryl Sandberg and Michelle Obama around us, the world has changed, even in the last four years. People are more in tune with the issues. But there are women who are higher up are feeling that they have to behave a certain way… women potentially take on a harder character at work rather than show their true persona. They still prove themselves every day and work harder and faster to earn their right there.”

One thing’s for sure, with a successful marketing agency, a team of keen and bright staff and a string of awards under her belt, Renaye doesn’t need to prove herself anymore.

I chose Renaye as the first woman to feature on my blog because I admire her work ethic and appreciate the opportunity that she and Lorna gave me in my first job moving from journalism to marketing. I enjoy seeing the new work that they are doing with Digital Radish, and I recommend you check them out… www.digitalradish.co.uk

Are you a morning lark or a night owl? Morning lark.

Cats or dogs? Neither . not an animal person!

What are you watching on Netflix right now? Tiger King, or Safe – I love crime & murder mystery.

What music are you listening to right now? I always go back to Whitney Housten, the classics.

Biggest weakness? I’m not good with detail and I hate negativity.

Your favourite female icon? My mum.