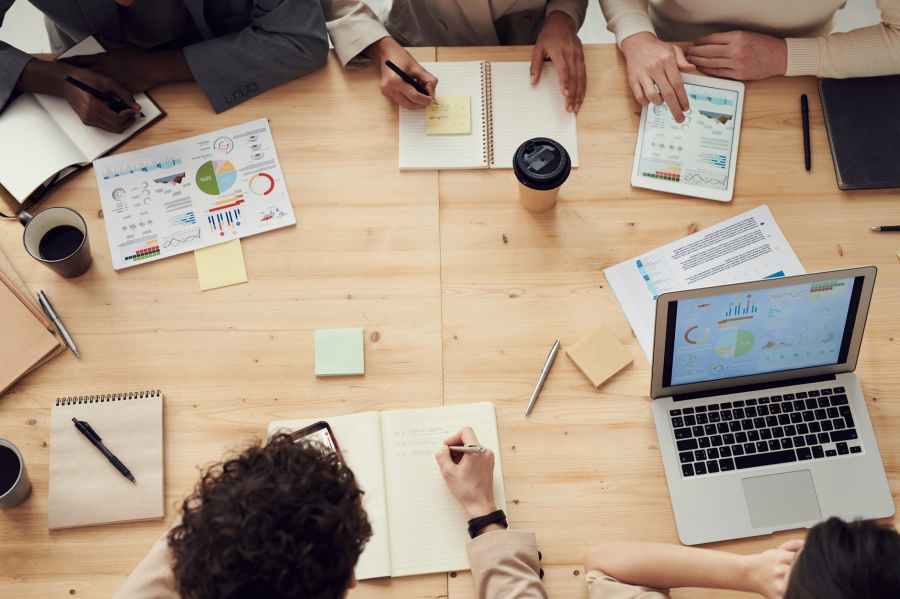 “Agile software development is a way of more collaboratively creating a product with the customer,” explains Brandon. “With coding, it’s creating a process that means both parties are equally engaged. It’s a constant collaboration process and things change. You need to be able to accommodate that.”

Jenny is a legitimate girl who codes and has had an interesting journey to get to where she is today. From snapping bra straps to travelling Europe as a scrum master, she’s had quite a career.

Jenny’s first job was as a junior programmer at company that makes machines to test objects to their breaking point. The example she gives testing the resistance of a bra strap to pull it until it snaps. She saw the job as a gateway to the industry. “I had been learning Pascal programming language. I was pretty good at it and could see there was a decent future in programming, so I went for it!”

She enjoyed the role so much that she went to university to expand her skill set and increase her confidence. She was the only female programmer in her first job, and then at university she was only one of two girls in the entire year. “It’s a technical vocation, with modules like advanced maths and ‘blokey’ topics. But I don’t remember gender being an issue at uni. We were all just trying to get through to course and get good grades.”

A lecturer saw Jenny’s potential and put her forward for an internship at Sony Entertainment Europe in London. “I think I got the role because of the novelty of being a woman in the tech sector. If I was a guy, I think would have been asked more questions… But there were more women there who were engineers, and I made good friends and gained great experience before I went back and finished my degree.”

She the went on to work for a company that made e-commerce websites for a few years and had a stint at ITV before landing a role at StepStone, where she still works today. “I went in as an intermediate dev and was hired at same time as another female developer, so I was in good company. It was a great environment; a good opportunity for training and growth. Then in 2009 there was a big transformation: the whole tech team and product team went agile. Everything was carried out in this new way of developing software that allows for feedback from the customer.”

So how did this new way of working change Jenny’s day-to-day job, and her career? “We weren’t producing stuff quickly or prioritising our work. So the entire tech team went on scrum training and started again. I began to realise that I didn’t love programming as much as I thought I did. [With code] you can’t learn your craft and then be done with it; you have to keep up to date with new languages and new patterns. Tech moves so fast and I didn’t have the drive to keep up to date.”

So, when a new role appeared for a scrum master during the agile transformation, Jenny took a chance on herself. “I’d been doing meditation in the morning before work and I had this clear voice that told me to apply for the scrum master job. I’ve got innate organisational skills and people skills, so I’d be perfect for it. I convinced people to give me a chance and it worked! I pivoted from a dev to scrum master, and eventually my career progressed to becoming an Agile Coach.”

On a daily basis, Jenny works with one scrum team. (For those not familiar with the scrum style of working, it’s a “framework of project management that emphasises teamwork, accountability and iterative progress towards a well-defined goal.” ) They have a stand-up meeting every morning, along with a planning meeting and a retrospective every fortnight to improve their process. She also works as an Agile Coach. “The tribe I’m in focuses on internal IT systems – anything from coaching other scrum masters or working with the tribe support group to answer queries about training or access. We have a sister tribe based in Belgium just starting their agile journey – so my time goes into supporting them.”

She also gets to continuously develop her management skills thanks to a StepStone initiative that allows employees to travel around Europe and train in various management techniques while meeting colleagues from other parts of the business. “We went to Warsaw, Vienna, Belgium, London, and Dusseldorf. In terms of networking and getting exposure to other parts of the business was great. You even get to pitch a business idea to a member of the board. Getting the exposure and meeting people was invaluable. The course content was good – reaffirming techniques that I knew, but the pitch and coming up with a new business case was biggest learning point.”

While Jenny now works in a very supportive environment with plenty of opportunities, it hasn’t always been such plain sailing. In her first role as a programmer, she was one of only two women and experienced some (sadly not uncommon) uncomfortable situations. “Unfortunately, there was an incident of inappropriate behaviour. One of the guys had been touchy-feely with me. As an 18-year-old girl, I had no idea what was appropriate. It wasn’t until the other girl joined that we raised the issue together. Even then I was embarrassed, especially when HR just wanted to dismiss it as friendly behaviour and joking around.”

She also recalls working in what she describes as a “toxic, pressured environment” in another job. This wasn’t anything to do with gender, but finding herself pressured into working tight, stressful deadlines to write code that neither she nor the dev team had ratified.

Having worked in both toxic and nurturing environments, she now really appreciates the ethos of StepStone and the people that work there. “Rapport and getting on with the people you work with [is what makes a great working environment]. Even with the best intentions to create a culture, if it doesn’t have the right people it’s not going to work. Trust and freedom of expression are also important. You need to autonomy to not have to ask for permission and get sign off. And the autonomy to talk to different people to ask opinions, or to get help.”

Be your own mentor as a woman in tech

While being a woman in a male-dominated industry can seem like a drawback, Jenny thinks that it can be seen as an advantage. “You will need to work hard to prove yourself, but don’t be put off by being one of a few females – it takes women in the STEM area to push it forward for everyone. If you have the drive and enjoyment, then it’s up to you to do it for others.

“More women are putting themselves forwards for roles, but when it reaches management in tech – there’s far more men. The higher positions is where it drops off. I’m reading Lean In at the moment – what Sheryl Sandberg says is that not many women would say they see their career leading to a C-level role and that’s a contributing factor. We should do more to support them. I, personally, have resisted line management for as long as I can because I personally prefer being on the ground. I also don’t want to be in that boys’ club with the middle age white men at the table. If the leadership teams in industries were more equal, then maybe I would feel differently.

“If you don’t have role models that look like you then you automatically feel on the back foot. We’re starting to make moves in that direction. We’ve started up a women’s network in our company: sharing our experiences of inappropriate behaviour or being passed up for opportunities throughout our careers. There was some talk about the gender pay gap and a lot of responses of guys was that they promote based on skills not gender – so they’re missing the point. There’s still lots of work to be done, but we’re getting there.”

There’s lots of work to be done for female equality, but as more women support and lean on each other, like Jenny is doing with her colleagues, then we can welcome more women into the scrum and climb the ladder together.

Are you a morning lark or a night owl?    Midday is perfect for me. So I guess an afternoon pigeon!

What do you usually have for breakfast?    Protein shake

Do you prefer a bath or shower?    Shower

What TV series can you watch again and again?    Mad Men

If you were an animal what would you be? A Hare, my spirit animal

Name your favourite female icon  Someone I have a girl crush on at the moment is Esther Peral. Her podcasts ‘How is work?’ and ‘Where Shall We Begin?’ are great. She just nails it